Quite a few bands have mentioned Watch Tower as one of their influences. Watch Tower’s impact on progressive rock and metal can be heard on their debut record, Energetic Disassembly. This CD is a fairly short listen, clocking in at under forty minutes, but it is definitely worth the time spent.

Not only did Energetic Disassembly launch the careers of Jason McMaster (Dangerous Toys/Broken Teeth) and Billy White., it also influenced the sound of many future progressive metal acts, including Dream Theater.

This Texas quartet’s music is best described as technical thrash. Think early Metallica style thrash with a bunch of progressive style time changes. Those of you who are familiar with Jason McMaster’s work in Dangerous Toys, have never heard him sing like this. Most of his vocals are sung at a higher, ear splitting register. His vocal approach was a lot more common by the speed metal acts of the 80’s.

The musicianship is nothing short of stellar on this disc. Not only does Billy White’s guitar work shine on this disc, but Doug Keyser’s bass work really stands out. Watch Tower’s sound may be a little on the experimental side, but fans of early 80’s thrash, will most certainly like this. If there are any downfalls with this disc, it would be with the production. The production quality is a little on the thin side, but this doesn’t hurt your listening experience.

GMC, as the band was come to be abbreviated as, formed in 97 in Austin Tx. and literally gave it their all in a handful of fast years, a few annual SXSW Music Showcases with excellent response from industry pundits who later coined the band as sounding like a 'Sci-Fi Metallica',as well as opening for Suicidal Tendencies,WASP, and other touring acts, the band had a strong following regionally in the south, and made appearances in a handful of international metal magazines with reviews and publication compilation cds.

The songs and style were heavily influenced by members fave bands from youth,starting with UFO and Thin Lizzy, to Black Sabbath and Slayer, with lots of heavy dirge valley's,and peaking with super speed metal blast beats.

Originally spelled, Godzilla Motor Company, by 2000 the 4 piece metal outfit changes the spelling after receiving a stack of faxes from the Japanese production company (Toho Limited) who claim to own the word 'Godzilla'.

The original players and key songwriters consisted of Bobby Landgraf-guitars,Chris Conley-guitars,and Jason McMaster-bass and vocals. The whirlwind of drummers started with original member-Ben Burton, who left the band by 1999. An excellent replacement followed/didn't work out to say the least,and then finally, the most recent recordings that month to 17 tracks existing,two of them that you hear on this site, drums were recorded by Erick Tatuaca. The band seemed dysfunctional with the spinning chair or drummers, but,owning up to a heavy hand in keeping metal alive in central Texas during the late 1990's on into 2000's.

The plan to at least release two full length CDs worth of GMC material is in the works,although the band more than likely, will not tour. 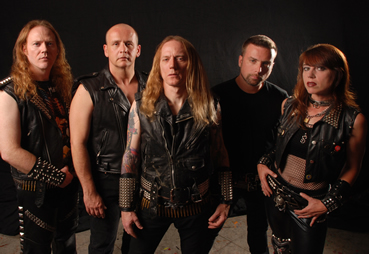 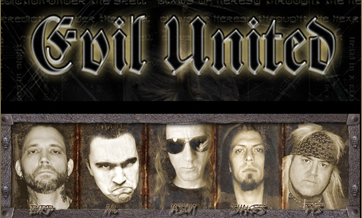 REMEMBER THE WAY YOU FELT THE FIRST TIME YOU HEARD METALLICA'S KILL EM' ALL RECORD??? THATS THE REASON WE FORMED THIS TRIBUTE-AMEN.

OH AND BY THE WAY, WE GET EMAILS FROM REVERBNATION FOLKS ASKIN US TO LOAD A SONG? GUESS WHAT, WE PLAY SOMEONE ELSES MUSIC....GO TO METALLICA.COM OR A RECORD STORE, AND BUY THEIR MUSIC...BUT, PLEASE CLICK ON A TON OF KILLA MAUL VIDEOS SHOT BY REAL METALLICA FANS WHO LOVE THE EARLY STUFF- YOU CAN HEAR AND SEE, BETTER THAN JUST HEARING...SUPPORT LIVE MUSIC/METAL!