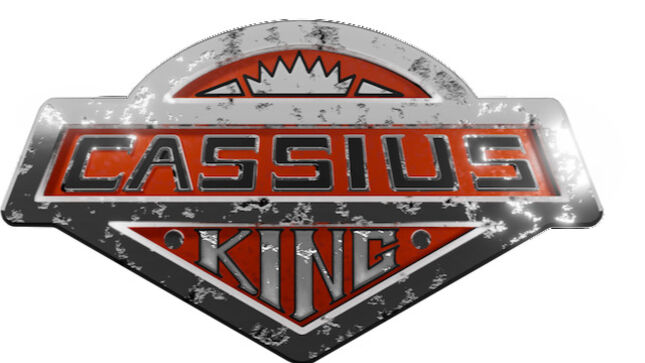 Austin’s Jason McMaster and New Jersey’s Dan Lorenzo have been in many bands over the years. Lorenzo most notably in Hades and Non-Fiction, and McMaster in Watchtower and Broken Teeth to name a few, but up until now the two have never written together.

McMaster has sung the covers “Mr. Speed” and “Sight For Sore Eye”s under the moniker Cassius King (Lorenzo, Lipnicki, Schulman and different vocalists and guests), but the two have just released the single “Traveler”, along with Jimmy Schulman and Ron Lipnicki who both play with Lorenzo in his doom band Vessel Of Light.

“The last 3 years is the most music I’ve written in my life”, Lorenzo stated. “I’ve become obsessed with Vessel Of Light, but I have always had an eye to writing with Jason. We both have a shared love for 70s era KISS, Aerosmith and Cheap Trick… of course you would never know that listening to the first song we are releasing.
It’s more in a Sabbathy direction.”

Cassius King are speaking with several labels about a full release and hope to have their debut LP out by the end of this year. The first single, “Traveler” can be heard here, and below: